Home > Why you never heard from him again article

The Hard Truth About Why You Never Heard From Him Again

Are you wondering why that perfect guy you met online didn’t give you a call after your first date? You had what you thought was a perfectly good date and you assumed you’d be meeting again or at least hear from him…but nothing. Just an empty silence as you awaited his call. I know how this can be confusing and it’s something I see a lot as a Dating Coach. You must remember that dating is very complicated, especially during the early stages of a relationship. Most guys will only follow up with women they find interesting enough to date again.

The Hard Truth: You Weren’t The One

The sad truth is it’s very possible that you didn’t meet his expectations. Prior to your first date he might have dreamed about you, about your looks, personality and so on, but found you to be completely different in person. This really isn’t your fault. Don’t blame yourself, blame his imagination. The reason why you didn’t hear from him again is that you didn’t match the vision he had in mind. Unfortunately, you just weren’t the “one” he was looking for. This is the most direct and common reason why he didn’t call. And it doesn’t matter how well you thought the date went. 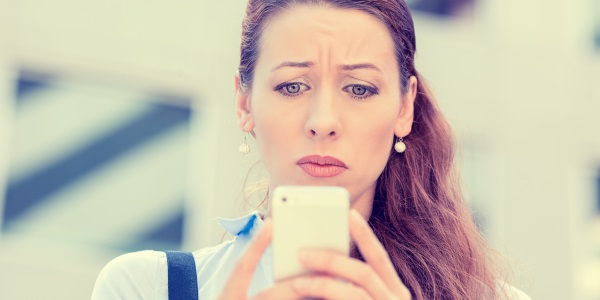 You both might have had a wonderful time but it wasn’t quite enough. It’s very possible that he had a great date and may even have found you attractive. However, he probably didn’t feel enough chemistry with you. Men are interesting - If they don’t feel a strong attraction or romantic desire immediately, then it’s likely they will just move on to someone else instead. And it’s frustrating, I know.

There’s also another reason why you may have been rejected and this one is also difficult to hear - you might not have made it clear to him that you’re interested in going out again. When you are on the date, you should try to make it as obvious as possible that you really want to see him again. Send crystal clear signs that would be nearly impossible for him to miss. If men don’t think women are interested, they often times won’t call because this will risk having to be rejected. This is a common issue for singles who are nervous or shy during first dates. There are times that being “shy” can be taken as being “uninterested”. It’s not uncommon that your date mistook your nervous or shy nature for being uninterested or bored. That’s why they cut you off before you had the chance to do it to them.

That One Thing They Think You Did Wrong

There’s also a chance that your date noticed a “deal breaker”. They might well have been interested and attracted to you but you did something wrong without even being aware of it. For example, perhaps you talked too much about an ex or you revealed that you cheated on your last partner. Or maybe they might have discovered that you smoke when you didn’t make this clear before going out. There are some women who share that they are interested in starting a family soon and show signs of early commitment. Your interests could be completely opposite from his and he feels that this might cause issues in the relationship. All of these things can be potential “deal breakers” that keep them from “calling” you after your first date. If this has happened to you then I want to let you know that you don’t have to worry. They just weren’t the right person for you. Get back out there, perhaps try a new online site and you’ll soon meet someone amazing. If you did do something wrong, then as long as you learn from your mistakes, you’ll be absolutely fine.

I hope you enjoyed reading this dating advice. If you're still looking for an online dating site that fits your wants and wishes, you should check out this comparison chart.

This site is a free online resource that strives to offer helpful content and comparison features to its visitors. Please be advised that the operator of this site accepts advertising compensation from companies that appear on the site, and such compensation impacts the location and order in which the companies (and/or their products) are presented, and in some cases may also impact the rating that is assigned to them. To the extent that ratings appear on this site, such rating is determined by our subjective opinion and based on a methodology that aggregates our analysis of brand market share and reputation, each brand's conversion rates, compensation paid to us and general consumer interest. Company listings on this page DO NOT imply endorsement. Except as expressly set forth in our Terms of Use, all representations and warranties regarding the information presented on this page are disclaimed. The information, including pricing, which appears on this site is subject to change at any time.