Home > How manspreading can get a man more dates articles

How Manspreading Can Get a Man More Dates 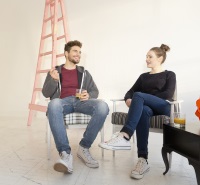 There’s been a lot of press recently about “manspreading” – which is the term used for men who sit with their legs wide open. A recent study by the University of California has shown that if you do this then you may end up becoming more successful in love.

The experiment placed 144 people in a speed dating environment, with the men sitting off them. The men who spread themselves out as much as possible ended up getting twice as many matches as those who crossed their arms and took a smaller space. They also found that men who had online dating profiles with them spreading out were 25% more likely to get interest.

As a Dating Coach, I have to agree that this is a great tactic. When the men are displaying themselves in this way, they are going to come across as someone confident and open. They will also naturally look more dominant and therefore subliminally be perceived as successful. 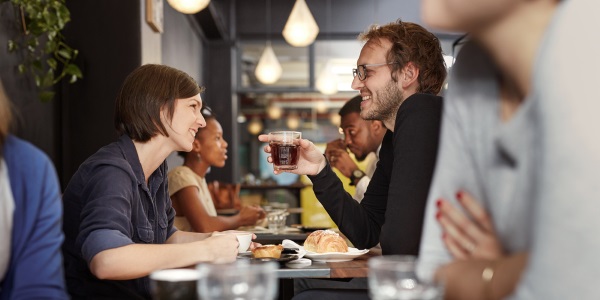 This is something that many animals do – such as Gorillas – in order to attract a mate. They will puff themselves up as big as possible so they can look larger and more powerful than their competition. It’s primitive behaviour in the human male mind.

You may have heard of “Power Posing”, too. It’s believe that when men stand in a certain position using strong posture, then they can have a dramatic effect on how they feel. By holding a confident pose for at least two minutes, the body starts to release testosterone and they start to feel more confident. That’s because the brain can’t tell the difference between real and imagined events. So their whole body chemistry is altered. This doesn’t just change the way they feel but also the way others perceive them.

I’m a firm believer in faking it until you make it. If dating coaching client lack confidence I will advise them to try and imagine the situation going well. The best way to do this is by relaxing and displaying positive body language.

The Right Place And The Right Time

There is a downside to this that you could be seen as anti-social. If you are sitting in a place where space is limited, then you might be stopping someone else from taking a place next to you. It might also be viewed as obnoxious body language which is the last thing you want to happen on a date.

This study was made observing people taking part during a private speed dating session, not on public transport. If you try it and do it on the train then it’s the equivalent of putting your bags or feel on the seat next to you. Don’t do it.

My advice is to use manspreading carefully and only in appropriate situations. It’s fine when you are in a one to one conversation such as a date or when you are trying to get one, but not at other times. A little can go a long way!

I hope you found this article useful and will use it to improve your dating chances. If you’d like to read other dating tips and get more advice please check out our articles .

This site is a free online resource that strives to offer helpful content and comparison features to its visitors. Please be advised that the operator of this site accepts advertising compensation from companies that appear on the site, and such compensation impacts the location and order in which the companies (and/or their products) are presented, and in some cases may also impact the rating that is assigned to them. To the extent that ratings appear on this site, such rating is determined by our subjective opinion and based on a methodology that aggregates our analysis of brand market share and reputation, each brand's conversion rates, compensation paid to us and general consumer interest. Company listings on this page DO NOT imply endorsement. Except as expressly set forth in our Terms of Use, all representations and warranties regarding the information presented on this page are disclaimed. The information, including pricing, which appears on this site is subject to change at any time.